The Samuel H. Kress Foundation contributes to the digitization of the Rijksmuseum’s collection of historical photographs. 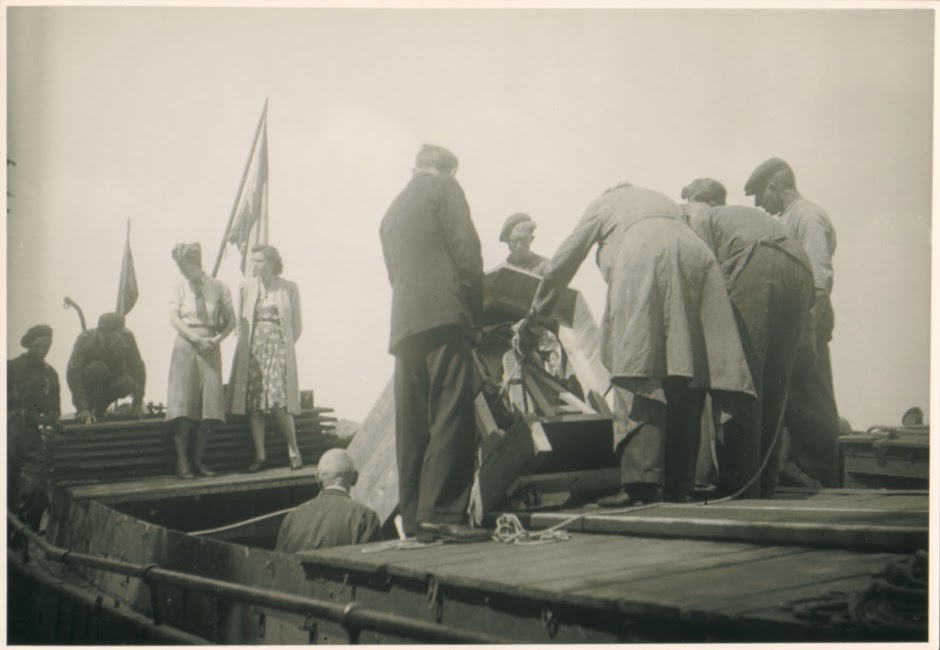 The Night Watch returns by boat after the liberation in 1945. Photo: Associated Correspondents

The objective of the Samuel H. Kress Foundation of New York, named after the American businessman, philanthropist and art collector Samuel H. Kress (1863–1955), is to collect and disseminate European art in museums in the United States and to promote art history and the conservation of art in general.

This major U.S. foundation has donated a sum to the Rijksmuseum to digitize its historical photo collection. The museum has a collection of nearly 25,000 19th and 20th century photographs of the building by Pierre Cuypers, exhibitions, anniversaries, official visits, management and staff members and images of the museum during World War II. Thanks to the Samuel H. Kress Foundation’s gift, these archival photos can now be indexed and digitized so that they may be accessible to all on the internet.