Rembrandt’s portraits of Marten and Oopjen are the Rijksmuseum’s most talked about acquisitions in recent years. Learn more about these phenomenal life-size masterpieces and discover some things you may not have known.

1. The tiles in Marten’s portrait are painted smaller to make him look larger

The two figures are the same size, but because Rembrandt rendered the floor tiles in Marten’s portrait slightly smaller, he appears to be larger and more imposing. Also, the glove Marten holds out towards Oopjen is a symbol of husbandly authority over the wife.

2. The couple were 17th-century jet-setters 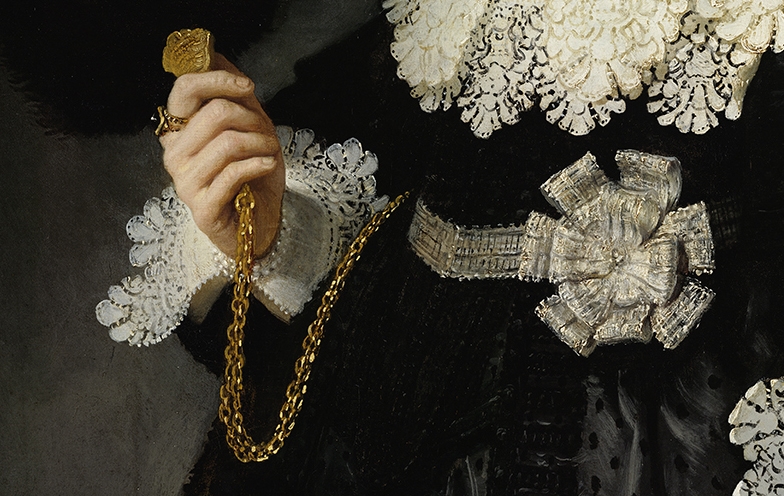 It was highly unusual at the time for members of Amsterdam’s citizenry to have themselves portrayed so richly and in full length. In fact, until then, portraits of this kind had been reserved for monarchs and aristocrats. Then again, Marten and Oopjen also belonged to the innermost circle of the 17th-century beau monde.

3. Marten and Oopjen were up on all the latest trends 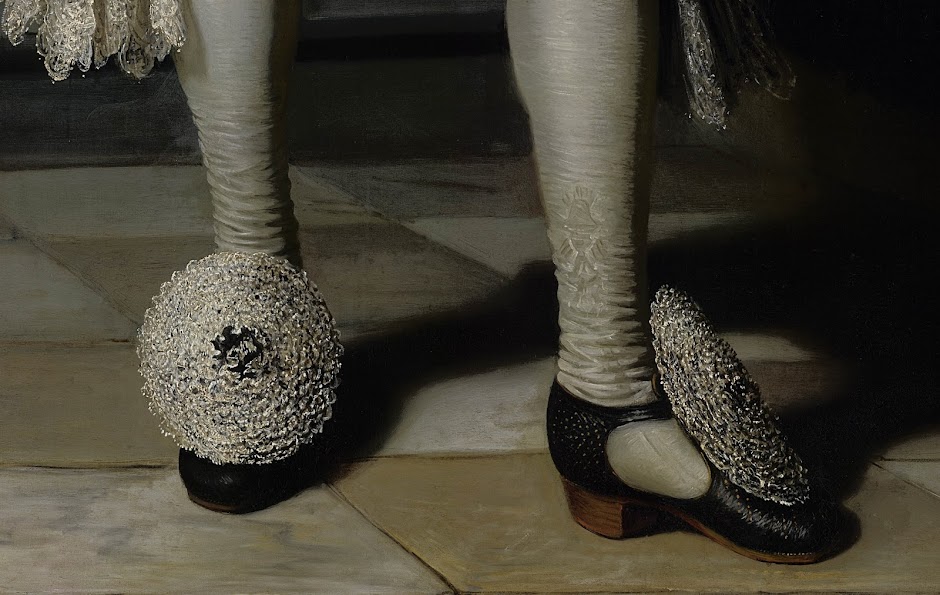 In those days, dainty feet were part of the feminine ideal. In the painting, Oopjen’s feet are remarkably small. While the rosette on her shoe resembles that on Marten’s, it is more modest in scale. The big discs on Marten’s feet announce that he is on the cutting edge of contemporary fashion.

4. The paintings used to be called Maerten and Machteld 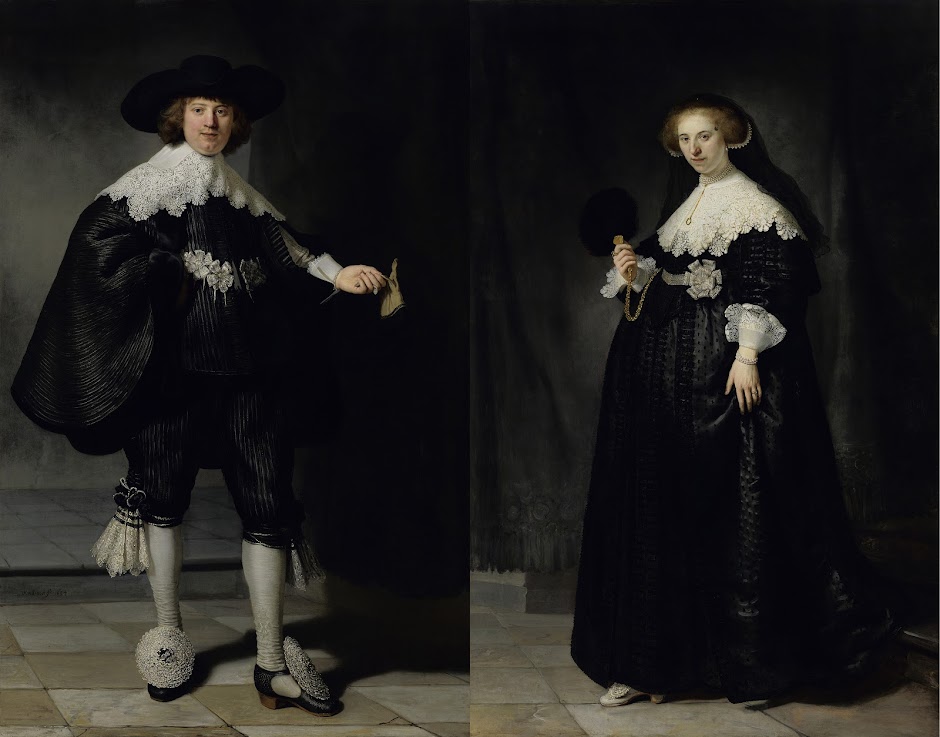 For years, it was thought that the couple depicted were Oopjen’s second husband Maerten Daey and his first wife Machteld. It was not until 1956 that an archivist in Amsterdam, Isabella van Eeghen, uncovered the true identity of Marten and Oopjen.

5. Marten had an unhappy childhood 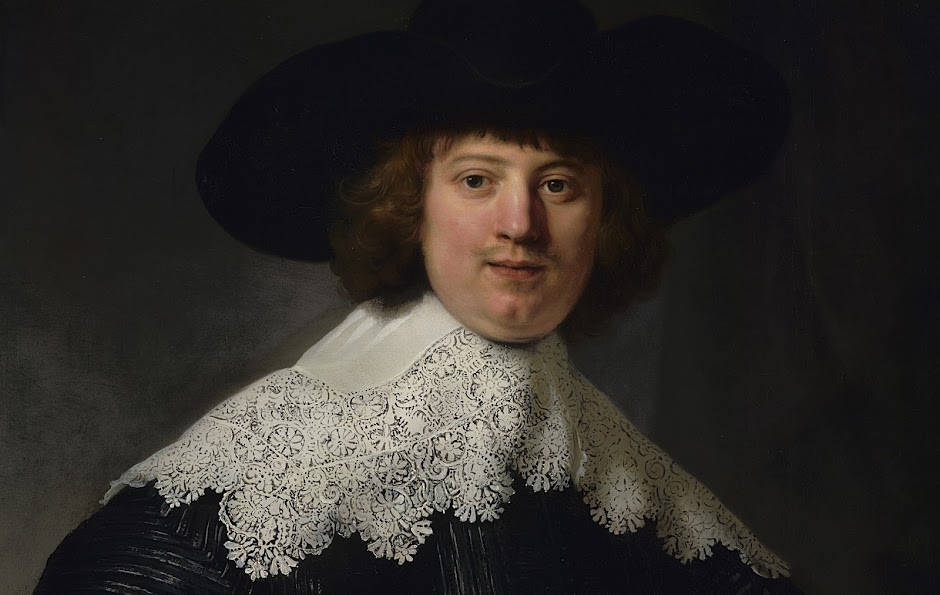 All surviving accounts of Marten’s father, Jan Soolmans, describe him as a pretty nasty character. On more than eighty occasions he was called to task by the Reformed church council for his godless conduct. And these were no laughing matters. The records state that ‘he lives in great acrimony with his wife, beats her and also has injured his maid’.

6. The paintings were a joint purchase by the Netherlands and France 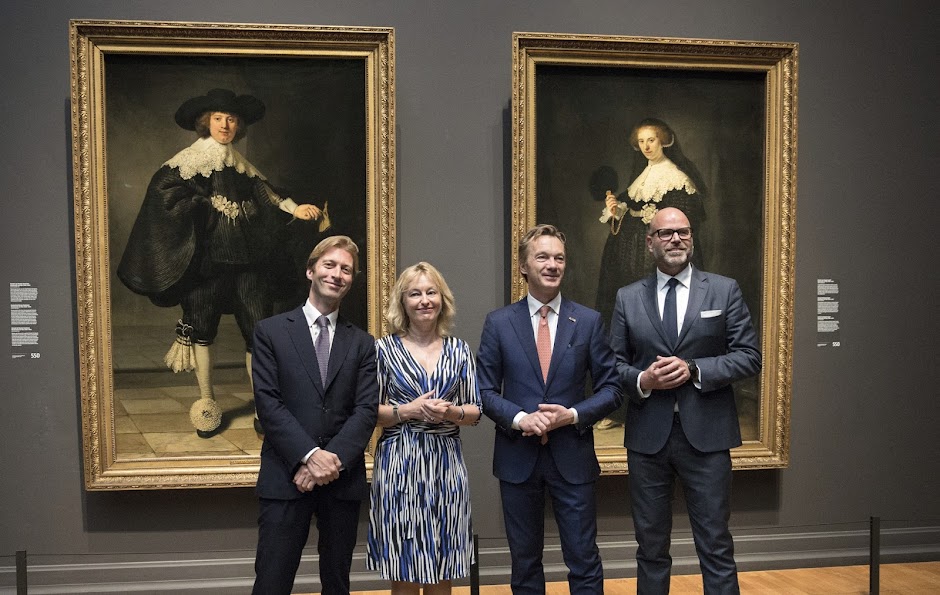 Taco Dibbits, Jet Bussemaker, Wim Pijbes and Erik van Ginkel in front of the new acquisitions. Photo Inge van MillThe pendant portraits were a joint acquisition made by the Netherlands and France in early 2016 for a sum of €160 million. Now the portraits divide their time between the Louvre and the Rijksmuseum for alternating periods of currently five and thereafter eight years. The museums have agreed to always display the two paintings together.

7. Subtle clues link these portraits together With the toe of her right foot peeking out from under her skirts, Oopjen seems to be moving towards her husband. This, like the glove, is a subtle clue that the two portraits belong together. The curtain that runs from Oopjen’s into Marten’s portrait also visually connects the pendants. 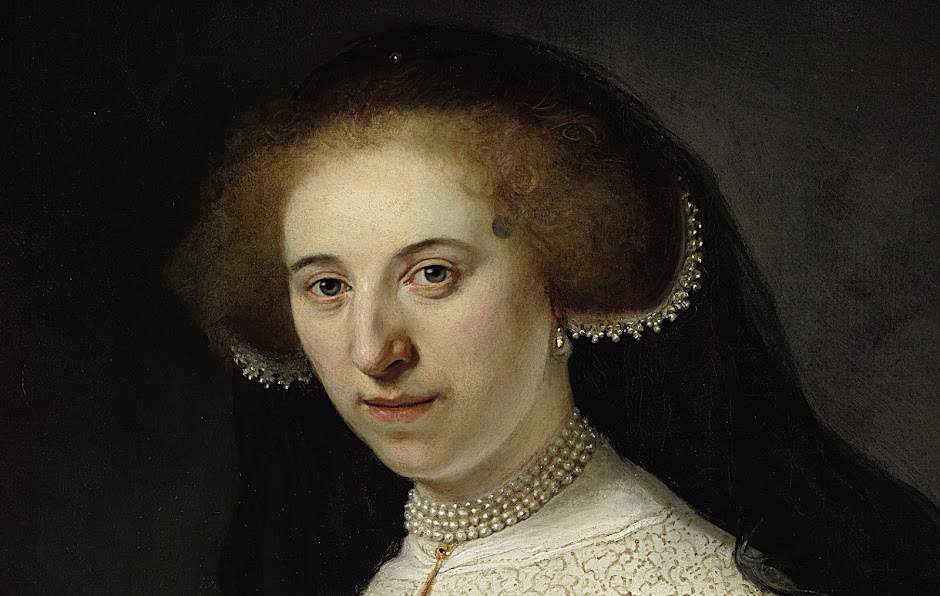 Whereas these days we prefer to sport a tan, in the 17th century a pale complexion was all the rage. To set off their paleness, women wore artificial facial moles, called mouches, made of textile with an adhesive. Oopjen is wearing one too. The fan in her right hand and her veil are furthermore meant to shield her exalted skin against the sun. 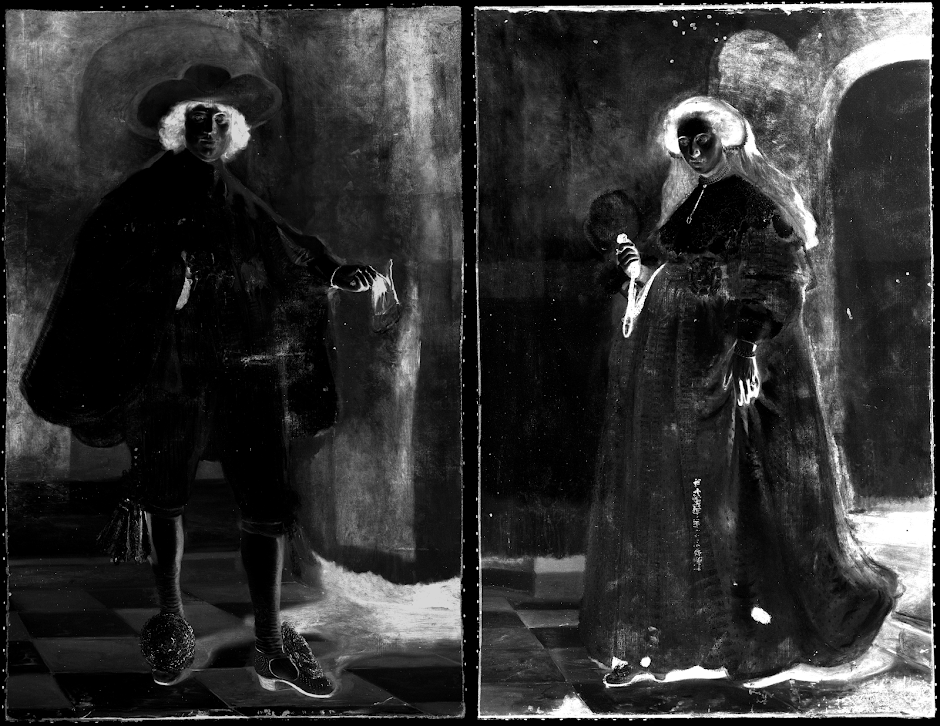 X-ray scans made during restoration have uncovered new details. Rembrandt originally painted doors in the background of Marten’s and Oopjen’s portraits. The scans also reveal that the glove in Marten’s hand was originally larger and that the chain attached to Oopjen’s fan was longer.

10. Marten and Oopjen used to hang above someone’s bed

Despite a price tag of many tens of millions of euros, the previous owner ‘simply’ had these paintings mounted on his bedroom wall. That owner was Baron De Rothschild, who hung Marten and Oopjen in the bedroom of his Paris home!