Rembrandt van Rijn turned the art world of the 17th century upside down. He was not merely an innovator, he was a rebel who broke the rules of art. His life and career were not one big success story, however. Learn all about the ups and downs of Rembrandt's turbulent life.

1. Birth of a genius

On 15 July 1606, Rembrandt was born in the city of Leiden as the second youngest of ten children, three of whom died in infancy. As his father’s name was Harmen, he was called 'Rembrandt, Harmen’s son'. Rembrandt’s family lived across the road from a mill that was owned by his father. The location of the mill next to the Rhine River led to it being called ‘de Rijn’, hence the family name ‘Van Rijn’. 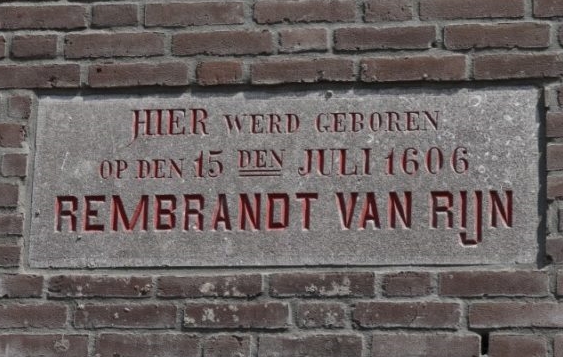 2. Following his own path

In 1620 Rembrandt’s parents had him registered as a student at Leiden University. However, an academic career did not appeal at all to the young Rembrandt. Rather, he yearned to draw and to paint. Rembrandt was a rebellious teenager, but fortunately – especially for us – his parents went along with their youngest son’s wishes and sent him to a painter as an apprentice. 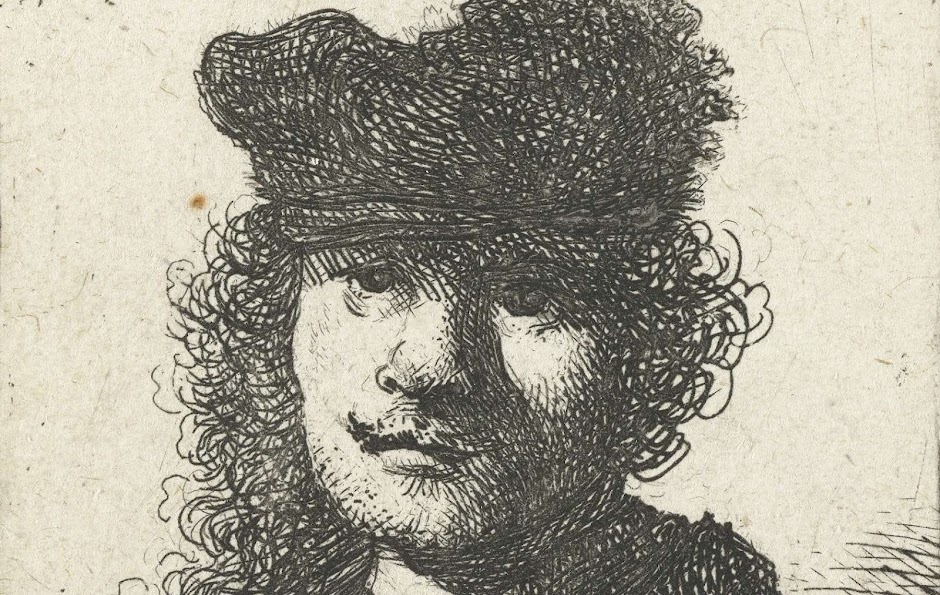 After two apprenticeships, Rembrandt set up his own studio in Leiden. In the six years since his first dated work of 1625, he had mastered all the tricks of the trade and had evolved his own unique style. Prominent citizens were purchasing his paintings, and important connoisseurs came to visit him in his studio. A number of his paintings even entered the collections of Stadholder Frederik Hendrik and King Charles I of England. 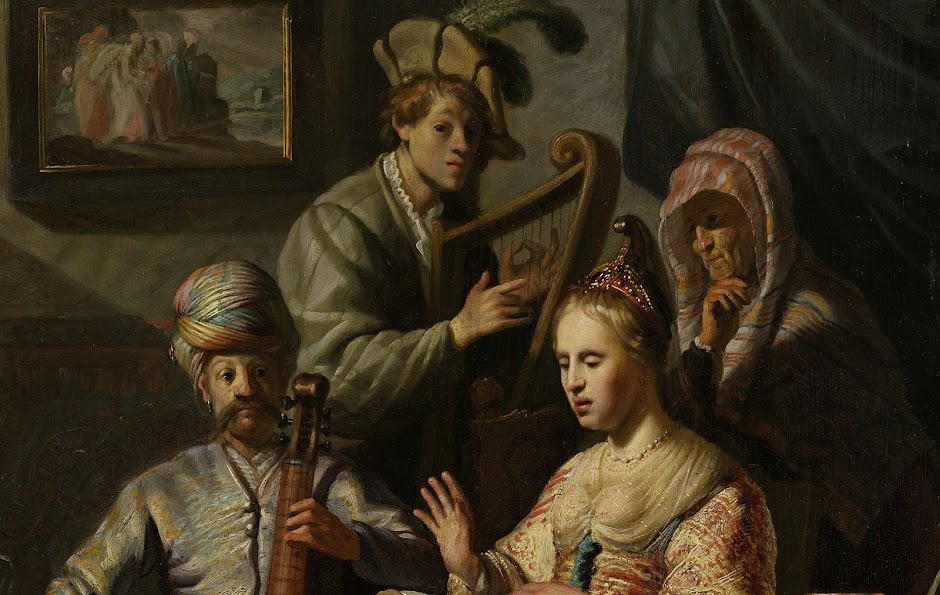 Leiden was no place for an up and coming star like Rembrandt. It was time to move to the dynamic heart of the young Dutch Republic: Amsterdam. The booming metropolis was simply the place to be in the 17th century. Almost as soon as he set foot in Amsterdam, Rembrandt became the new hot ticket in town, and the years 1631 to 1642 would prove to be the most glorious of his career. 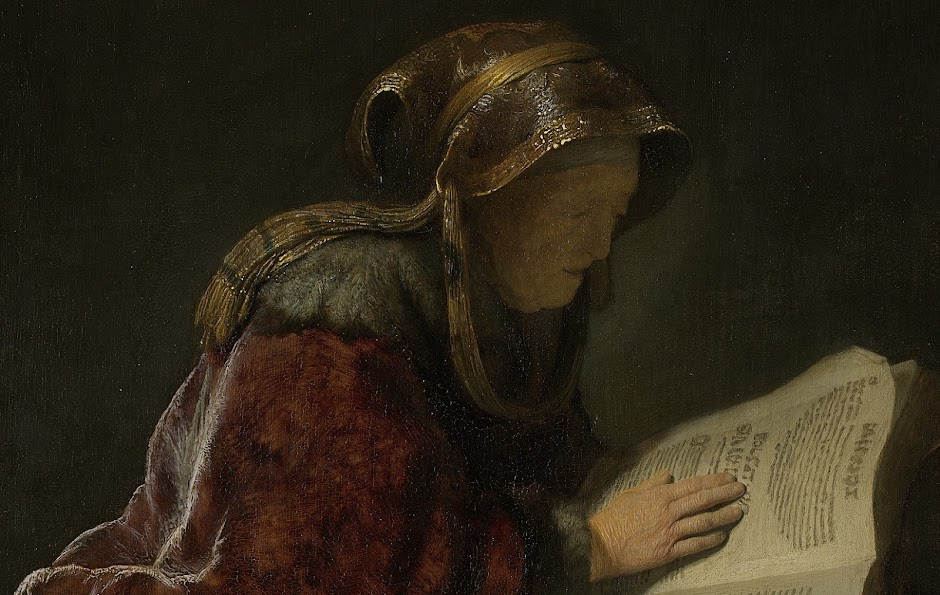 On 6 June 1633 Rembrandt got engaged to Saskia, the cousin of Rembrandt’s business partner Hendrick Uylenburgh. The inscription on a portrait drawing Rembrandt made of Saskia a few days after their engagement read: ‘this is drawn after my wife, when she was 21 years old, the third day of our betrothal'. Rembrandt and Saskia’s wedding took place more than a year after their engagement, and the couple spent most or all of that time living apart. 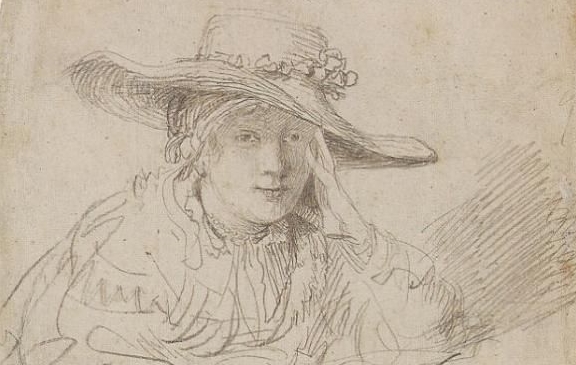 6. A great house for a great artist

As Amsterdam’s premier artist, Rembrandt required a house and studio that reflected his stature. On 5 January 1639 he obtained a stately house on the Sint-Anthonisbreestraat, the present day Rembrandt House Museum. The house featured a main studio, a teaching studio and a shop, where Rembrandt’s paintings and etchings as well as copies produced by his pupils could be sold. Last but not least, the big house had an art room. Part encyclopaedia, part mancave, the curiosity cabinet provided a never-ending source of inspiration for Rembrandt. 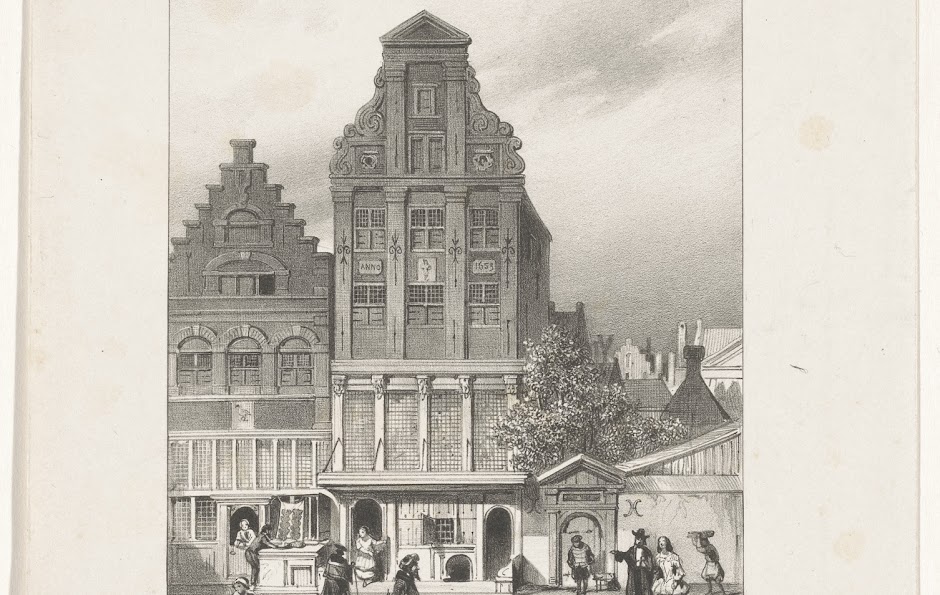 7. Blessed with a son

After having three children that did not survive infancy, Saskia gave birth to Titus. On 22 September 1641, their son was christened in the Zuiderkerk. He was named after his aunt Titia, who had been godparent to all of his deceased siblings. She had died only a few months earlier, but her husband François took on the role of second godfather. 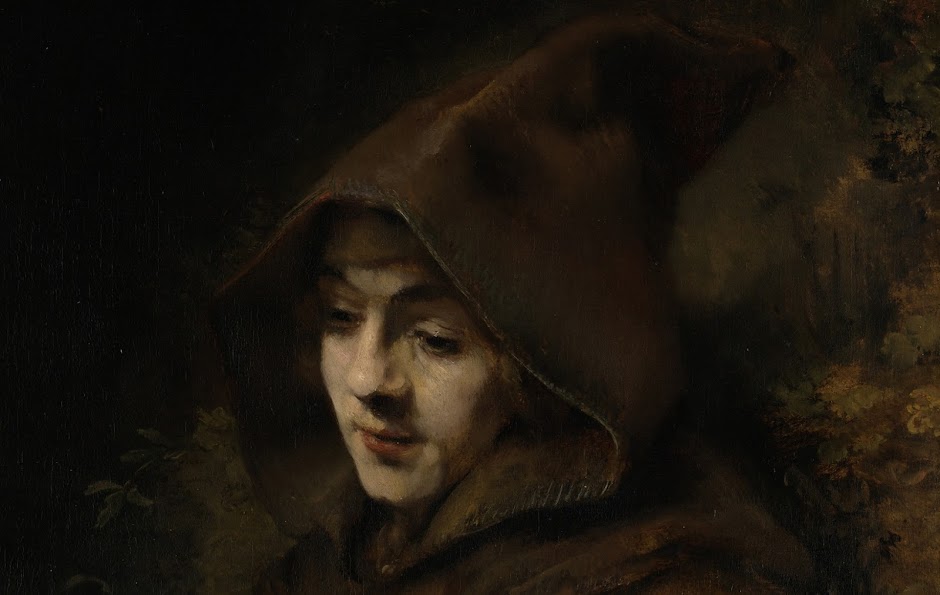 In 1642 Rembrandt made his most ambitious painting ever: The Night Watch. The painting was made for one of the three headquarters of Amsterdam’s civic guard. It was the crowning achievement of his early career and his praises would soon be sung in Amsterdam, the Dutch Republic and even beyond. The Night Watch has gone down in history as marking the turning point in his career and as the superlative example of his creative genius. 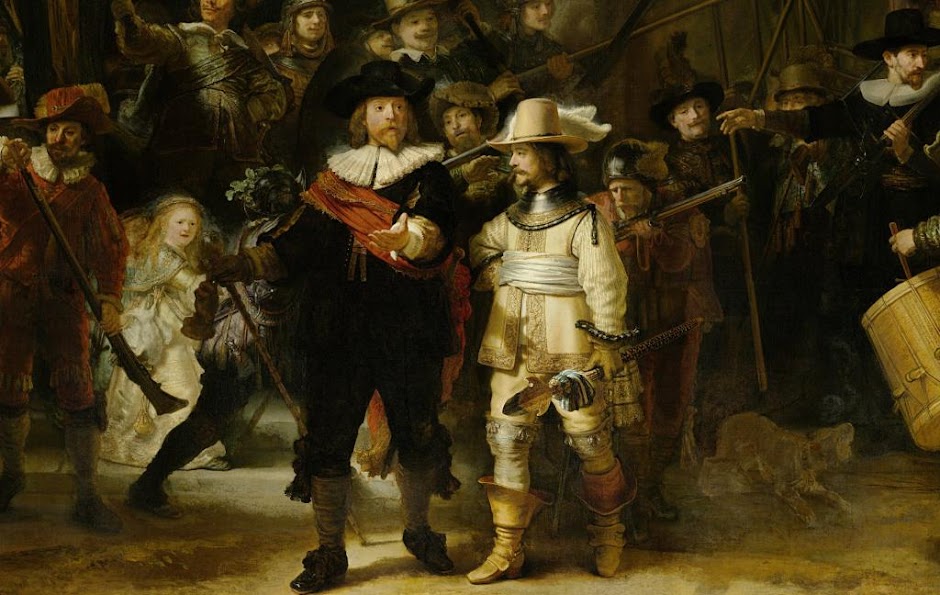 By the end of the 1640s things did not go well for Rembrandt. His lack of productivity after his wife Saskia died began to catch up with him. He had increasing financial worries; he had to move out of the grand house on Sint Anthonisbreestraat and bankruptcy was inevitable. However, Rembrandt did not throw in the towel, but threw himself at his work. He created many masterpieces in this period, among them The Jewish Bride, The Sampling Officials and Self-portrait as the Apostle Paul. 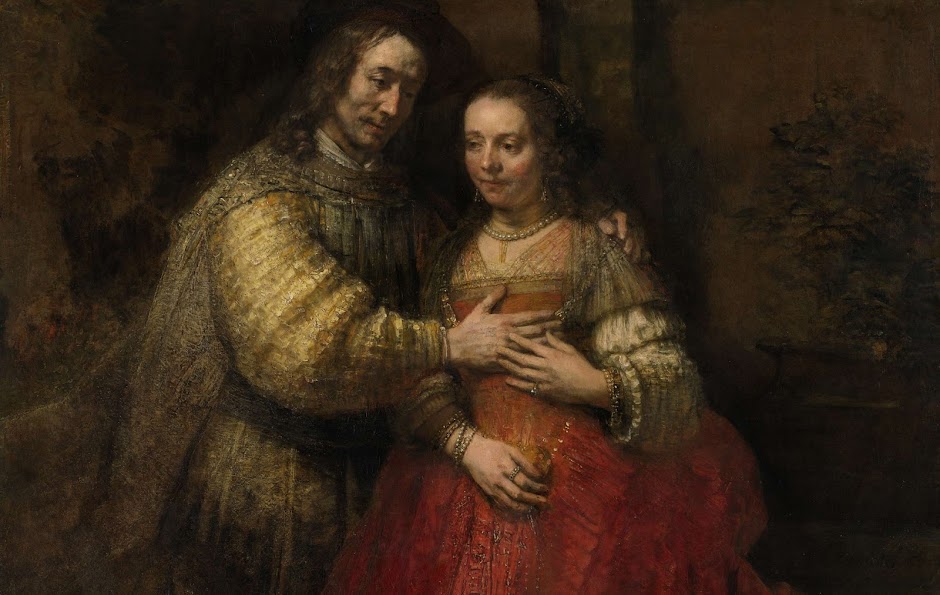 In 1668 Rembrandt’s son Titus fell ill and died. Tragically Titus most likely had no idea that his wife was pregnant with their first child. After losing his beloved son Titus, the birth of this grandchild – Rembrandt’s first – will have come as some consolation to the artist. Nevertheless, the last months of his life must have been an extremely sad and lonely period for him. Rembrandt died on 4 October 1669 from unknown causes. Four days later he was buried in a rented grave in the Westerkerk. 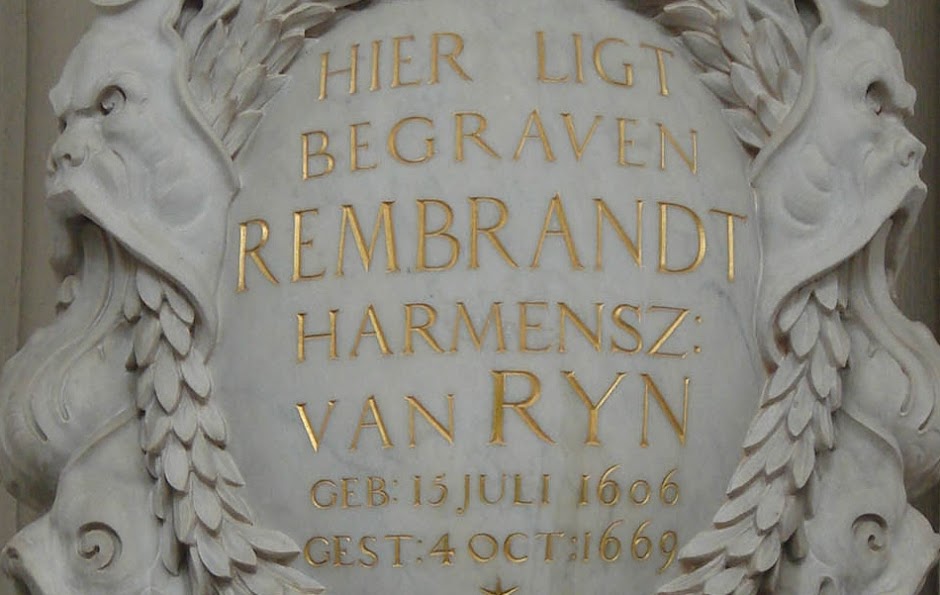 For an in-depth look at the life of Rembrandt, check out Jonathan Bikker's Rembrandt: Biography of a Rebel, available in the Rijksmuseum Shop.