The Rijksmuseum will reopen on 1 June. If you visit the Gallery of Honour, you’ll be able to enjoy a new acquisition: Jacob Vosmaer’s 1613 masterpiece Still Life of Flowers with Crown Imperial Fritillary in a Stone Niche. Read on to discover 10 things that makes this painting so special.

1. Jacob Woutersz Vosmaer was a leading painter of floral still lifes in Delft

Although he is no longer as famous as he was, in his own time he was very successful. His name first appears on the list of master painters of the Delft Guild in 1613, and his paintings sold for large sums in this period. 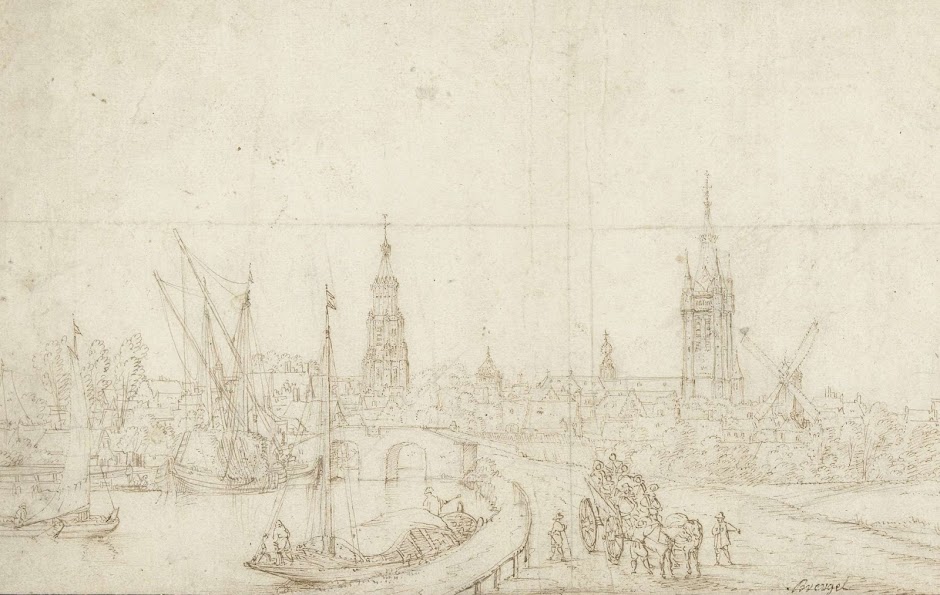 2. There are fewer than ten known floral still lifes by Vosmaer

Still Life of Flowers with Crown Imperial Fritillary in a Stone Niche is regarded as his best work. 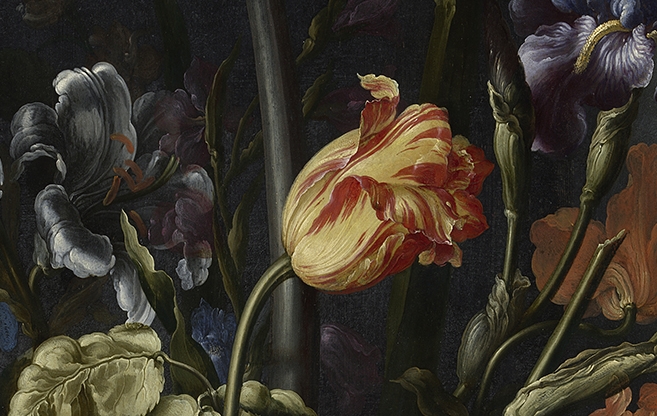 3. The orange bloom at the centre of the bouquet is a spectacular centrepiece

The painting features a magnificent array of rare and costly flowers. The orange Crown Imperial from Asia towers over the other flowers. This variety had only been introduced to Europe a few decades earlier, by way of Turkey and Vienna. 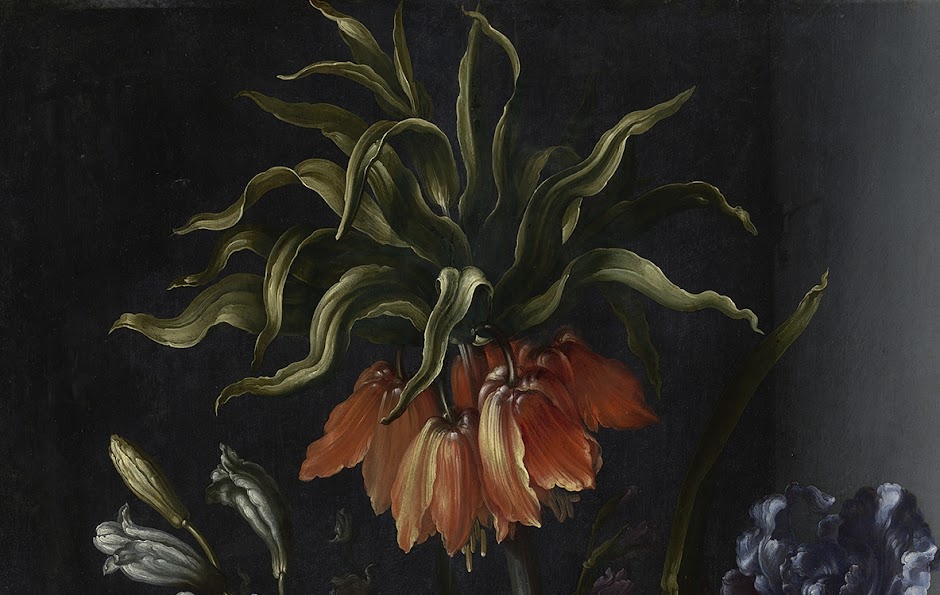 Vosmaer painted this still life on a broad plank of tropical hardwood, and only added strips of oak to its sides. This is another element that makes the painting so exotic and special. 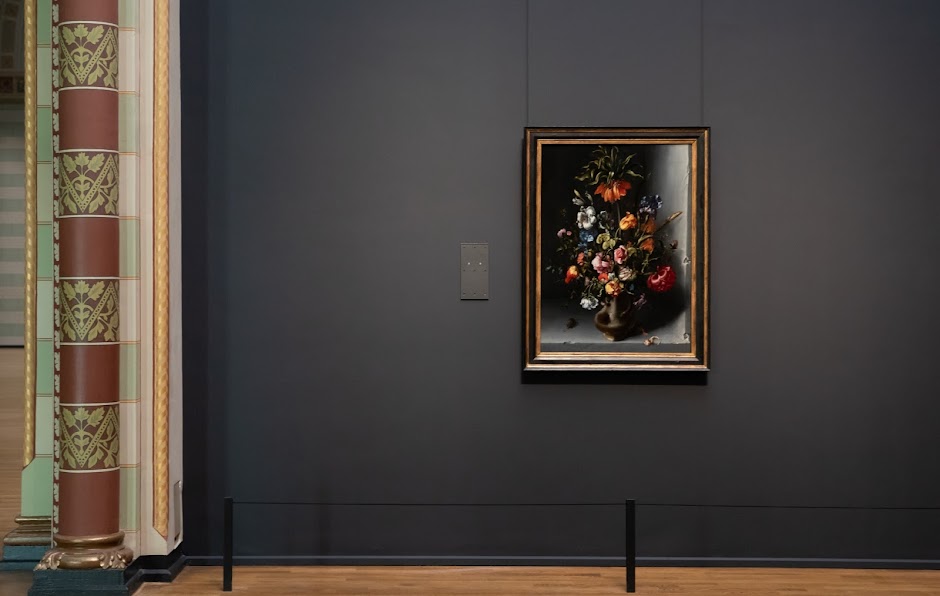 5. The flowers depicted in this still life don’t actually bloom at the same time

The same is true of many floral still lifes. Jacob Vosmaer included roses, irises, tulips, carnations and a Fritillaria meleagris lily. He paid great attention to the volume and composition of the bouquet, as well as the curvature of the stems, the curling leaves, and the colours. 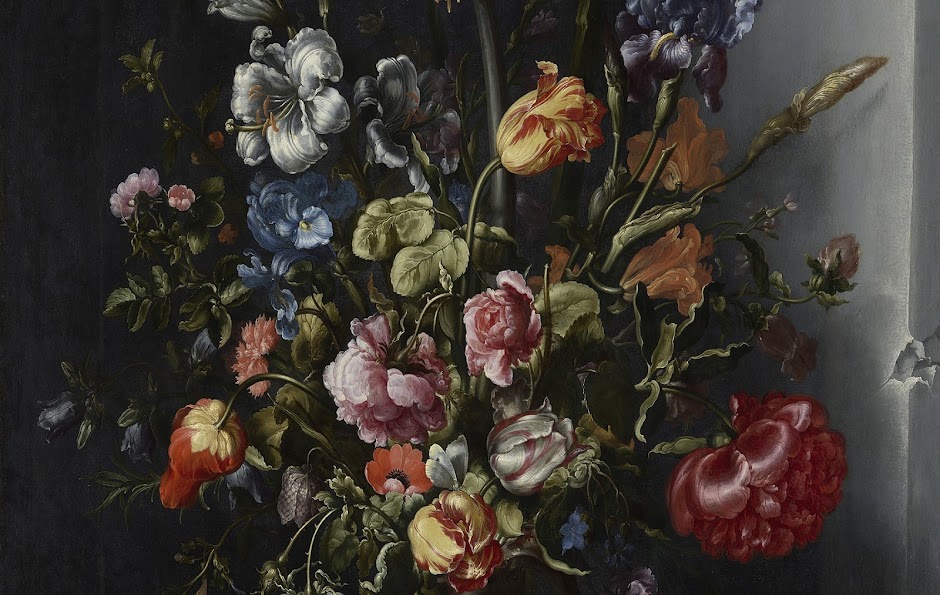 6. Your attention is drawn not only to the bouquet itself but also its surroundings

The mouse, the subtle use of light, the fractures in the stonework and the fallen leaves all breathe life into the painting. 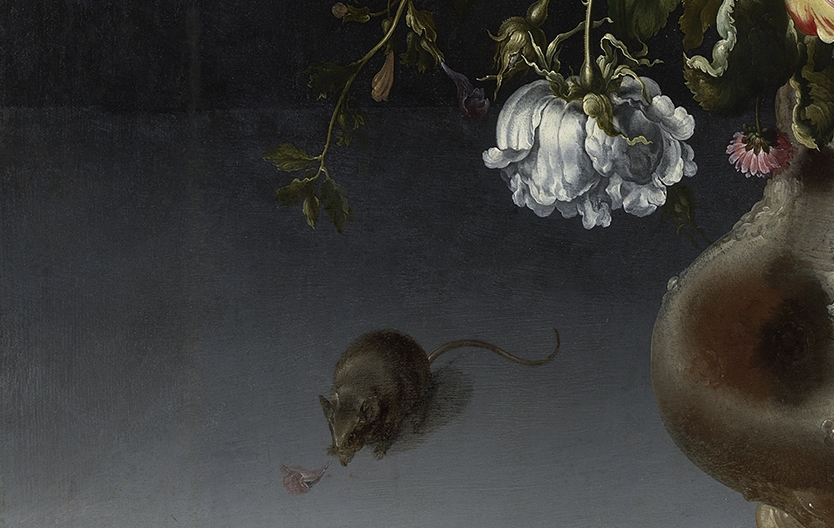 7. The still life of flowers is a typically Dutch genre

The Flemish painter Jan Brueghel the Elder, in the Southern Netherlands, was the first to specialise in paintings of bouquets. He was followed by artists from the Northern Netherlands such as Ambrosius Bosschaert, Jacques de Gheyn and Roelant Savery, through whom the genre developed and blossomed. 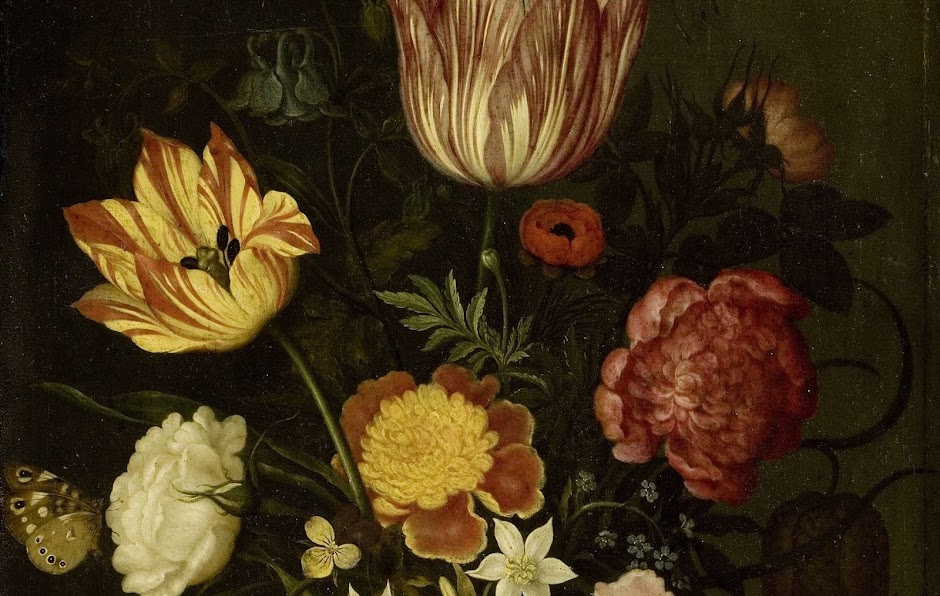 Still Life with Flowers in a Wan-li Vase, Ambrosius Bosschaert, 1619 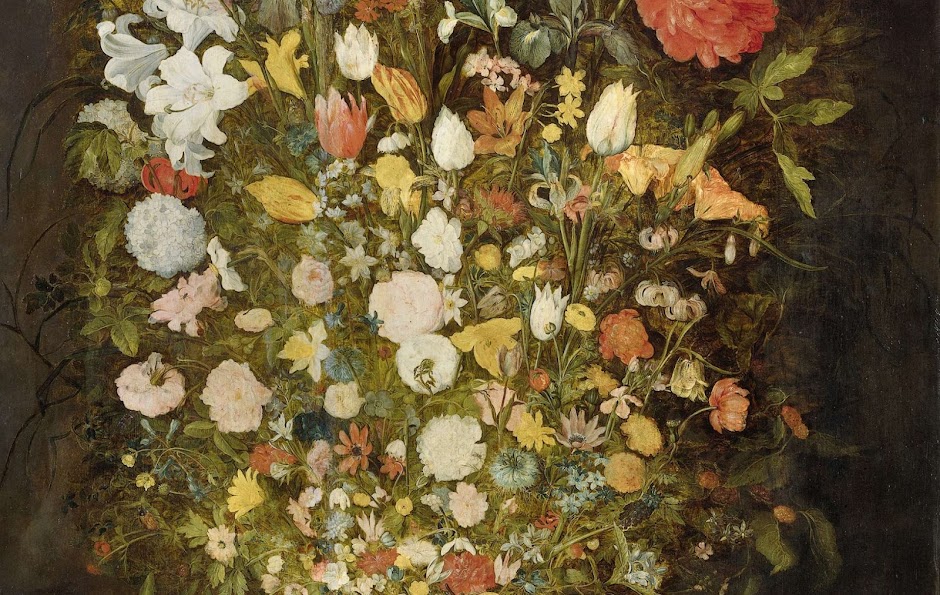 9. The painting was hung in the gallery of honour this week

This was carried out in accordance with the guidelines set by the National Institute for Public Health and the Environment (RIVM). Everybody will be able to enjoy it in the Gallery of Honour from 1 June. 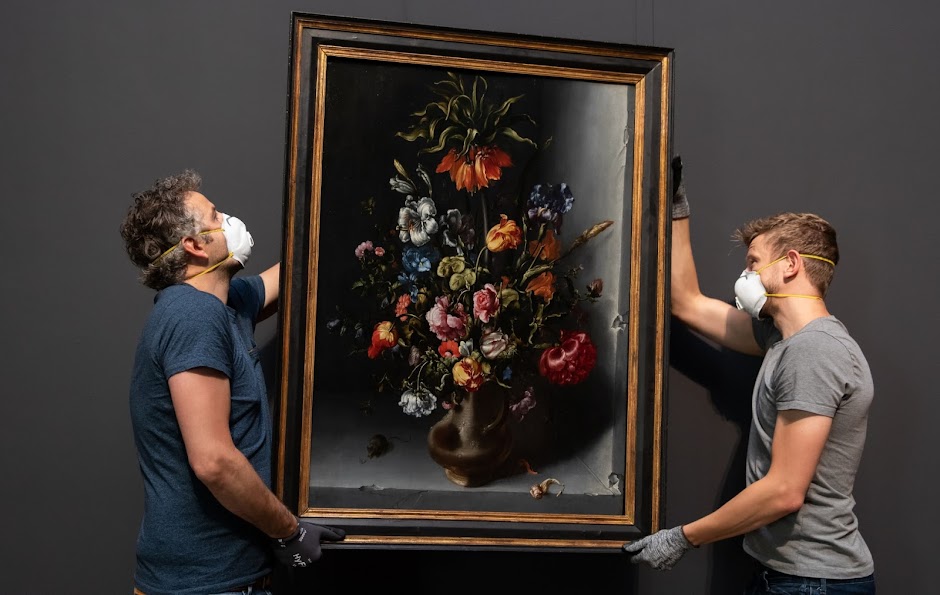 10. It wouldn’t be possible for the Rijksmuseum to buy works like this one without the support of funds and donors

The still life with flowers was acquired last year thanks to the support of the Mondriaan Fund, the Ministry of Education, Culture and Science’s Nationaal Aankoopfonds, the Rembrandt Association (thanks in part to its Nationaal Fonds Kunstbezit, its Themafonds 17de-eeuwse schilderkunst, and a contribution from the Prins Bernhard Cultuurfonds), the BankGiro Lottery, the Rijksmuseum International Circle and a private donor. 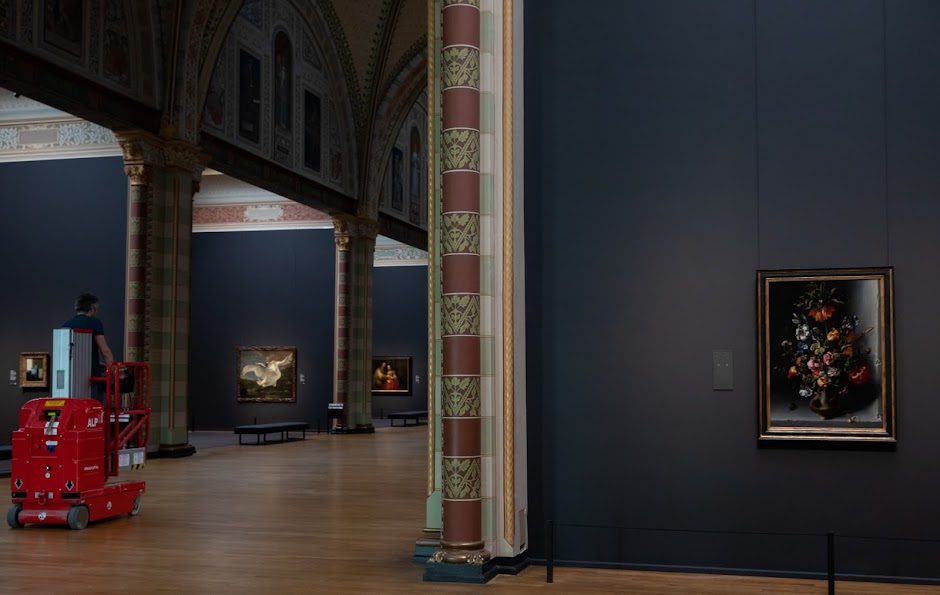