The Rijksmuseum’s Asian Pavilion is home to all kinds of Japanese art. Looking at these beautiful objects, you might find yourself wondering what purpose they served, or why they were made. Below, we explain ten essential terms.

The kimono is a traditional Japanese garment, with the word ‘kimono’ literally meaning ‘thing to wear’. A simple item of clothing, you might think, but nothing could be further from the truth. The shape of a kimono, how it is worn and how the sash – or obi – is tied all carry meaning. The kimono you see here was made for a young, unmarried woman. 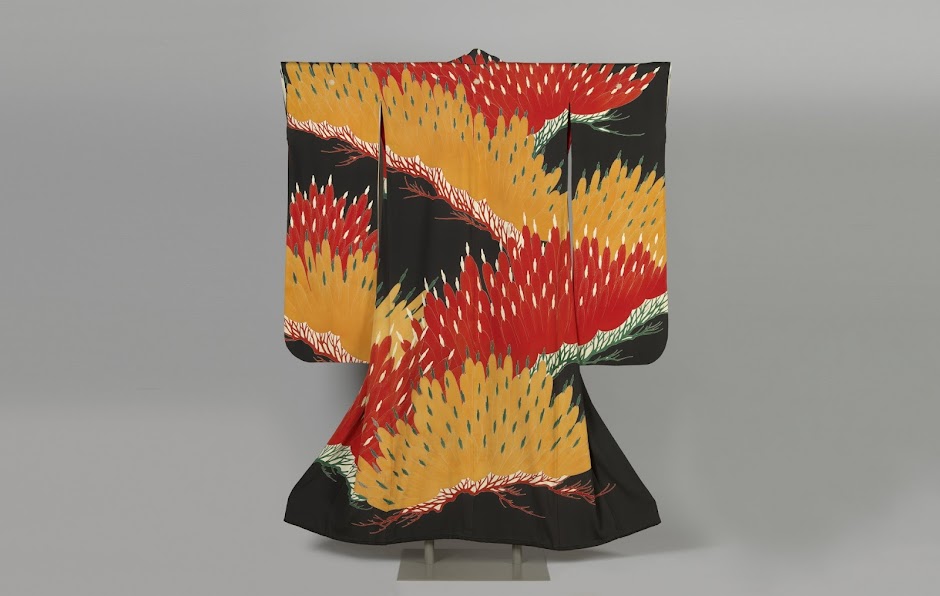 Netsuke are decorative obi buttons that come in all kinds of shapes. These miniature sculptures served as a kind of spirit animal to the person wearing them. The wearer would sometimes hand-carve their own netsuke, either from wood or stone. Of the dozens of netsuke in the Rijksmuseum’s collection, this rabbit sculpture is one of the best known. 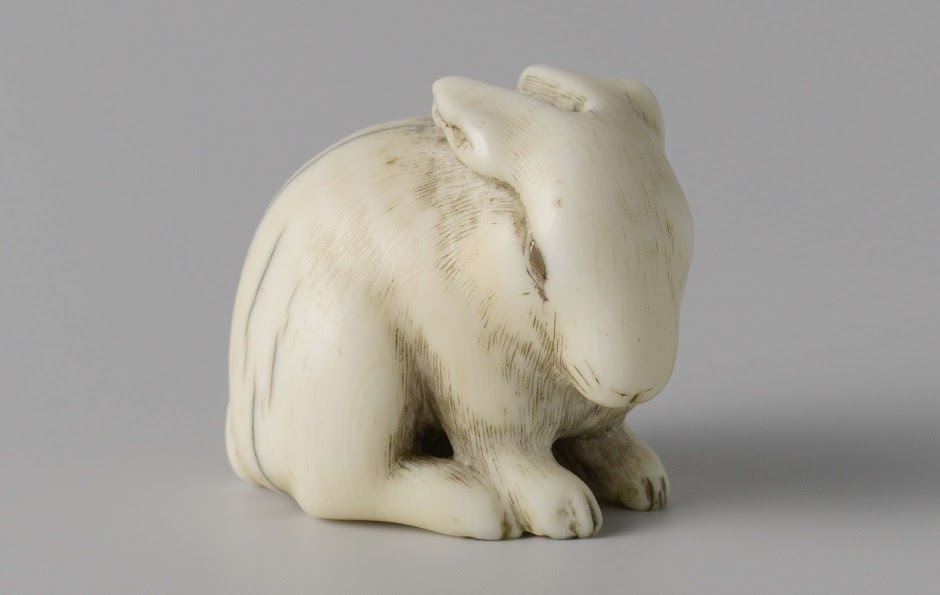 An inrō is a small lacquer case that consists of several compartments. Because kimonos didn’t have pockets, inrō were carried on the obi and contained items such as medicine, herbs, tea and personal seals. 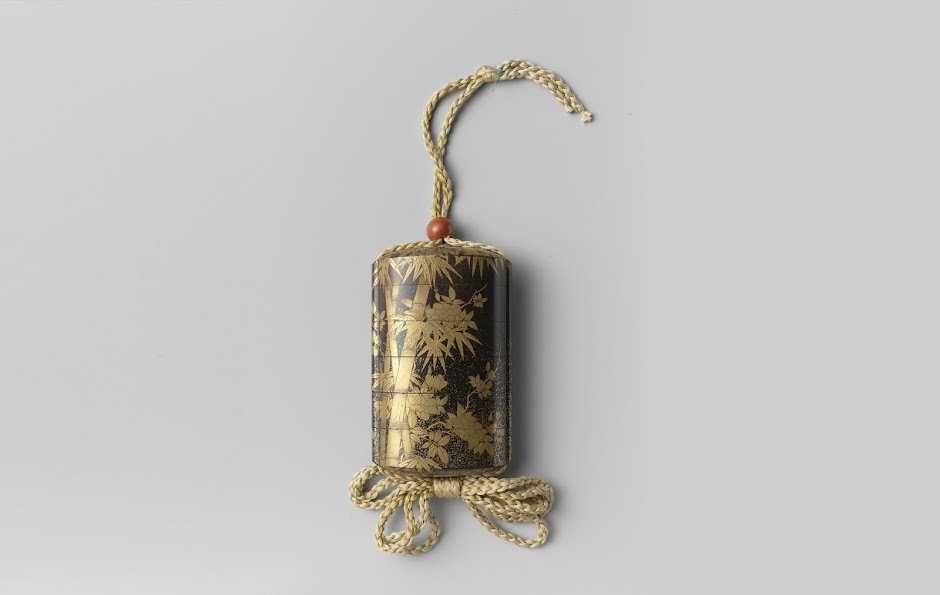 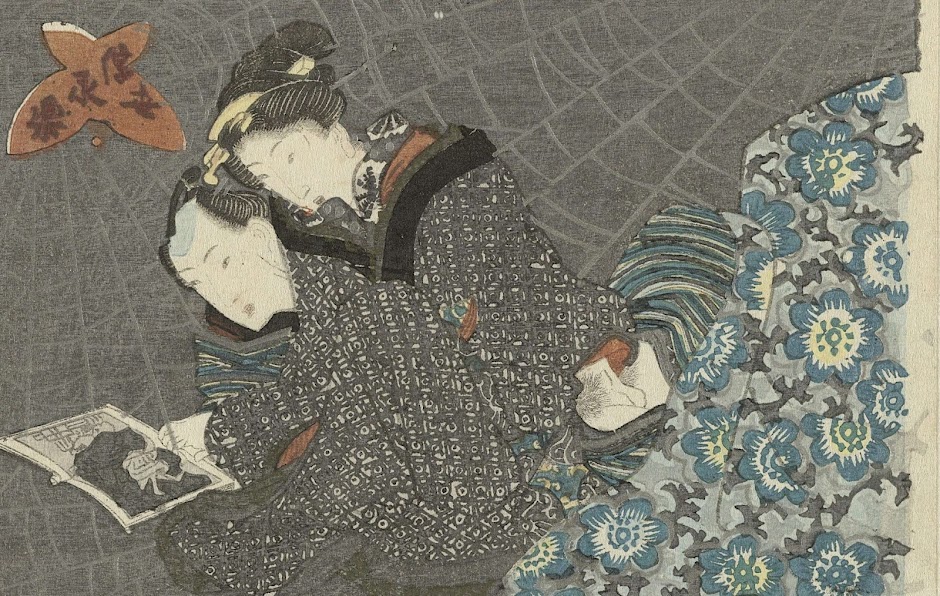 Shikki is Japanese lacquerware. The lacquer itself is made from the sap of Toxicodendron vernicifluum, also known as the Chinese lacquer tree. A shikki image is built up of dozens of layers of lacquer, often decorated with gold powder (maki-e). These images decorate cases, chests and other objects. Shikki requires extreme precision and a single design can take several months, or even years to complete. 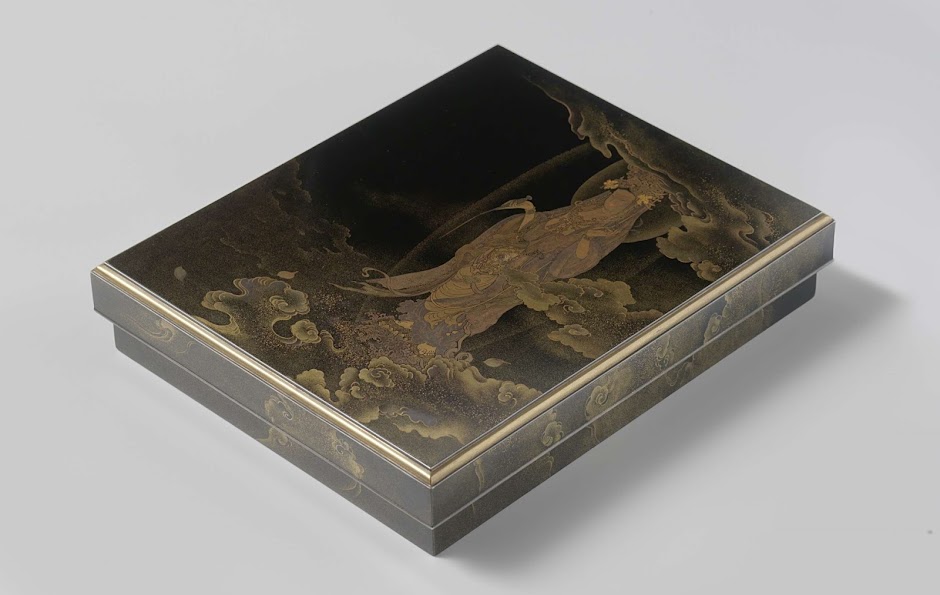 Arita porcelain was first made 400 years ago in and around the southern Japanese town of Arita. The porcelain is known for its decorative scenes in blue, red, green and yellow against a white backdrop. Kakiemon – porcelain objects made by potters from the Kakiemon family – has been the pinnacle of Arita ware ever since the 17th century. 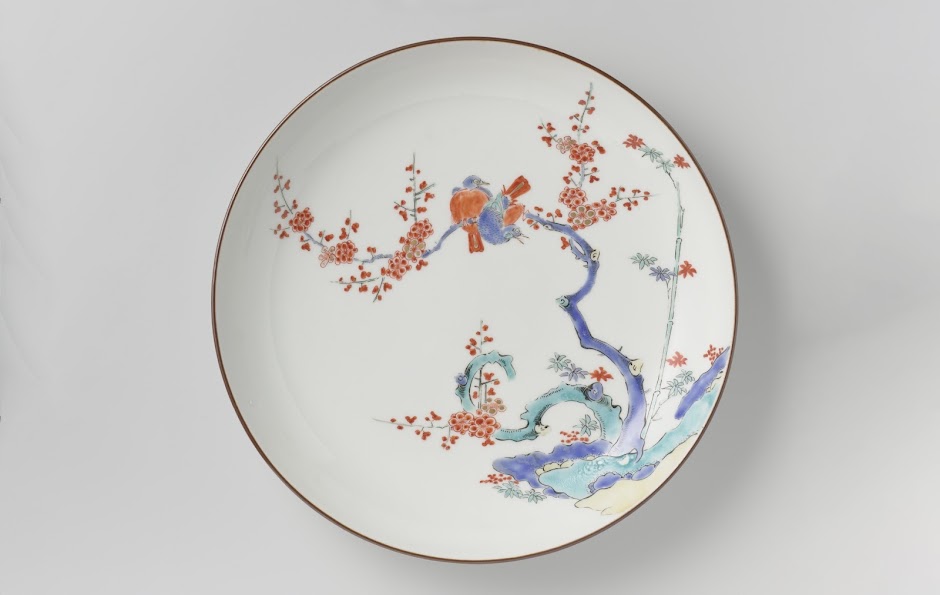 Noh theatre originated in the 14th century under Shogun Yoshimitsu (1358–1408), and is still practised today. During a noh performance, actors search for poetic beauty and gentle elegance (yūgen) through song, dance and gesture. Every noh play follows a fixed format and is performed exclusively by masked actors.
Mask, Mitsunaga, 1600-1672 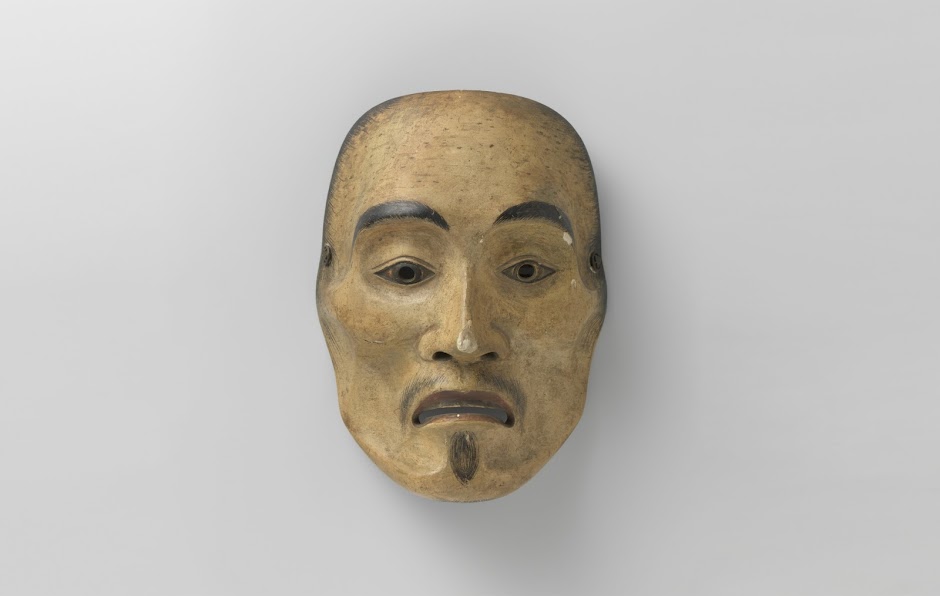 Kabuki theatre originated around 1600 and quickly became one of the most beloved forms of popular entertainment in Japan, with spectacular performances that feature historical heroes, animals, ghosts, thieves and prostitutes. At kabuki performances, portraits of the actors – the film stars of their day – were sold as souvenirs. 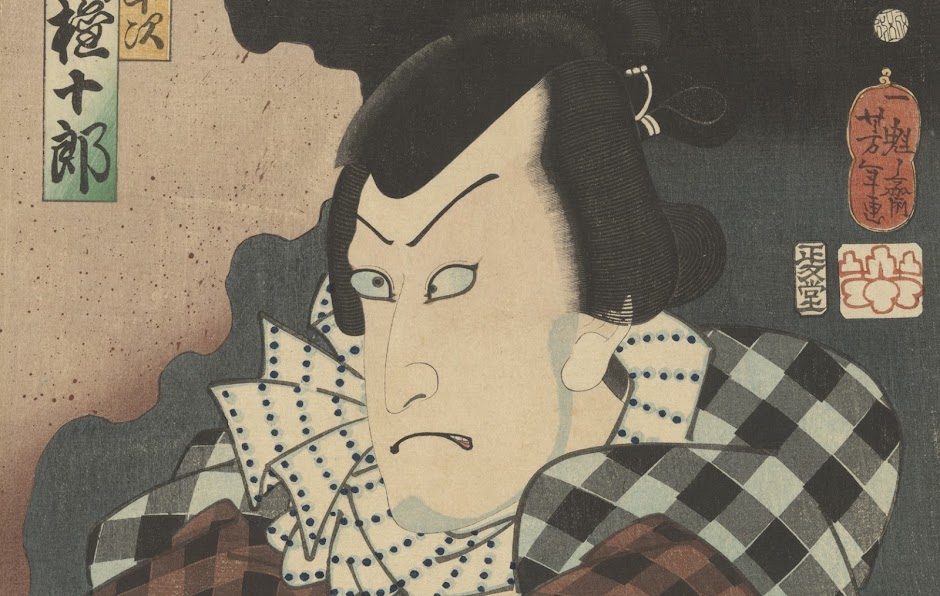 Kabuki actor as the villain Tateba no Taheji, Tsukioka Yoshitoshi, 1862

Symbolizing transience, sakura cherry blossoms have been extremely popular in Japan for centuries. It’s a Japanese custom to have a picnic under a blooming sakura tree, and there is even a special weather forecast to let would-be picnickers know when conditions are perfect. 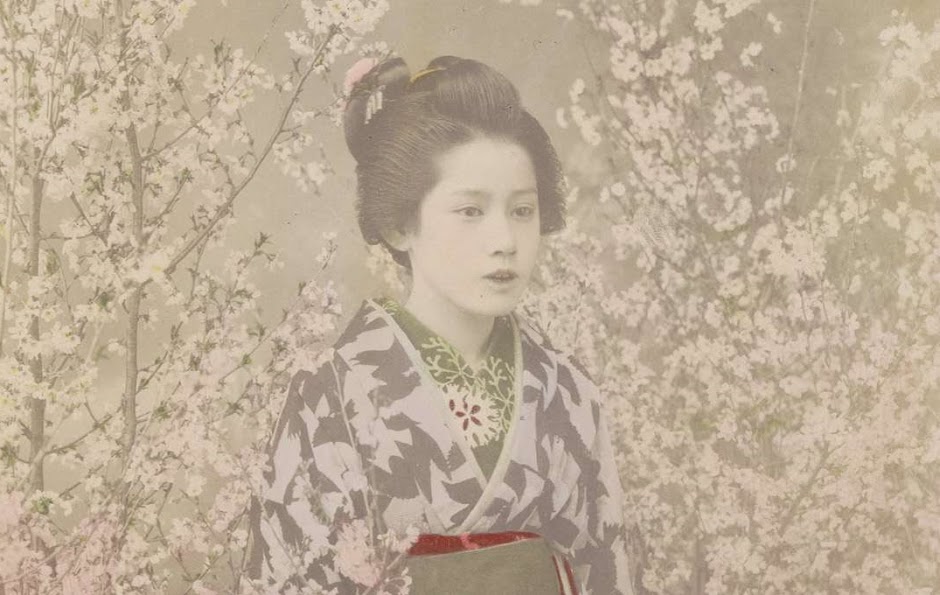 Ukiyo-e means ‘pictures of the floating world’. Ukiyo-e prints, which became popular in the 17th century, were made using woodblocks. The term ukiyo-e spans many different genres, including portraits of actors, like those of the kabuki theatre (see 8). The most famous ukiyo-e printmaker is Hokusai. His wave print is so iconic that it has even been turned into an emoji. 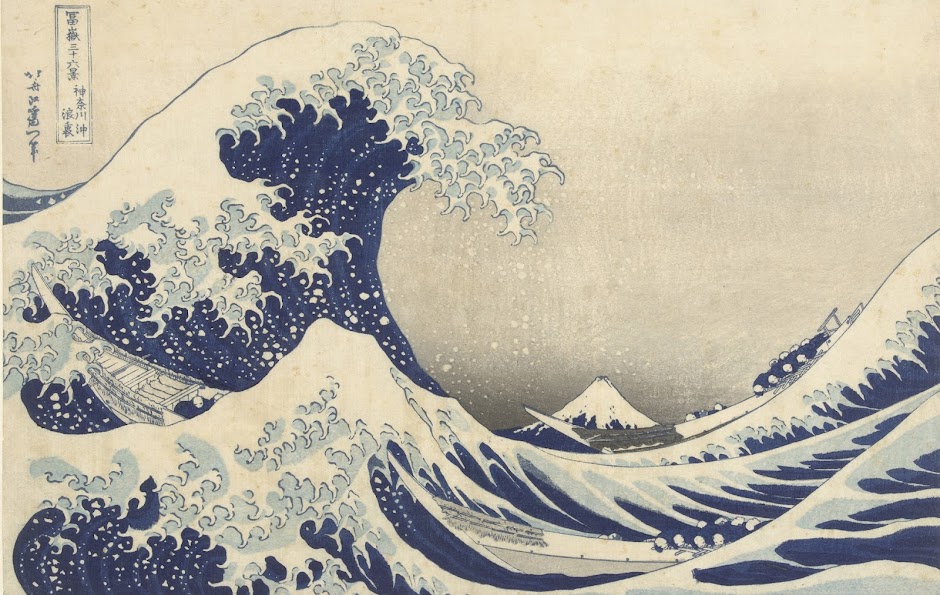