If you’re in the mood for an instant nightmare, take a look in Rijksstudio, where you’ll find skeletons, witches, ghosts, locks of hair, demons and monsters galore. Here’s our top 10 for Halloween! 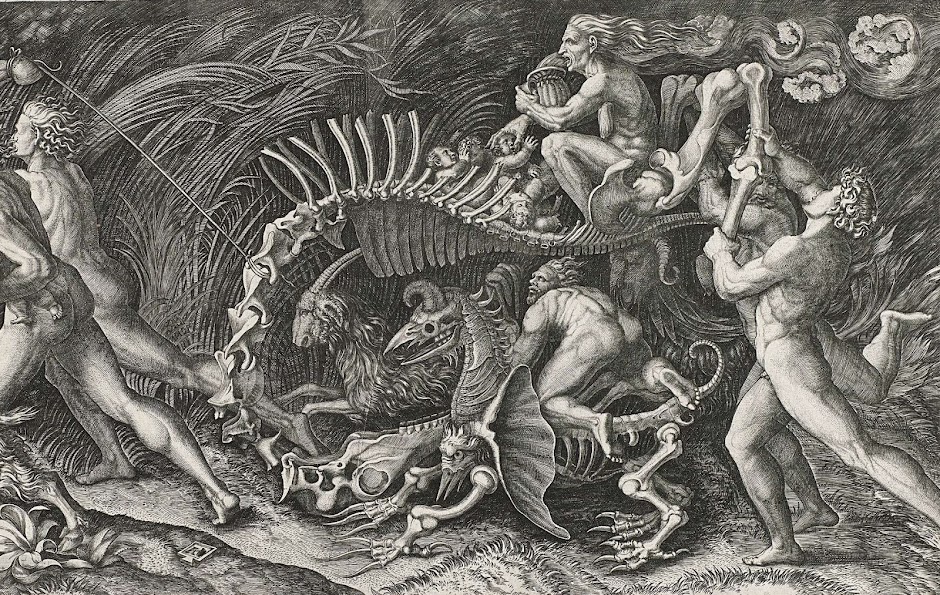 Veneziano’s etching presents a naked witch with a fantastical retinue. She rides astride a hulking carcass, a motif borrowed from Albrecht Dürer, whose print in turn he borrowed from Mantegna. Plagiarism was big business in the sixteenth century. 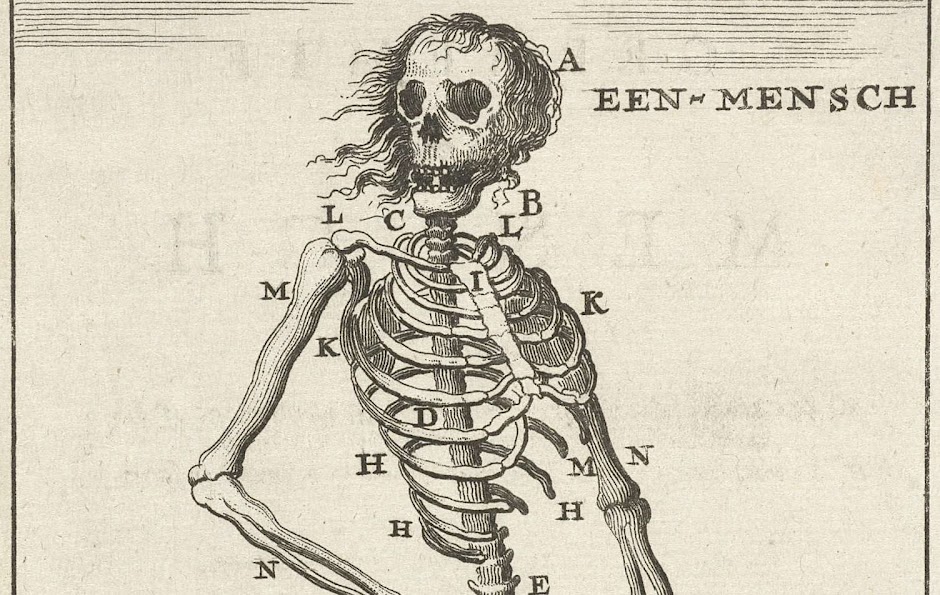 With his hair blowing in the breeze, this is a skeleton with swagger. What could have inspired Jan Luyken to make this etching? 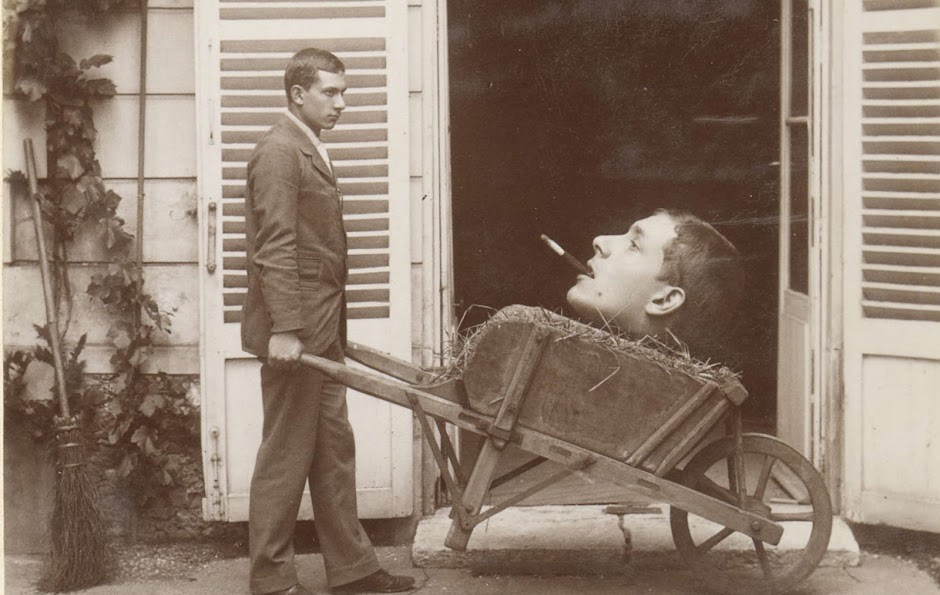 At first glance, this ‘protoshopped’ picture looks fairly innocuous. Nevertheless, it’s not a scene we’d want to pop up in our dreams. As part of the same series, this photographer also made French man at dinner with a head (added) on the table. 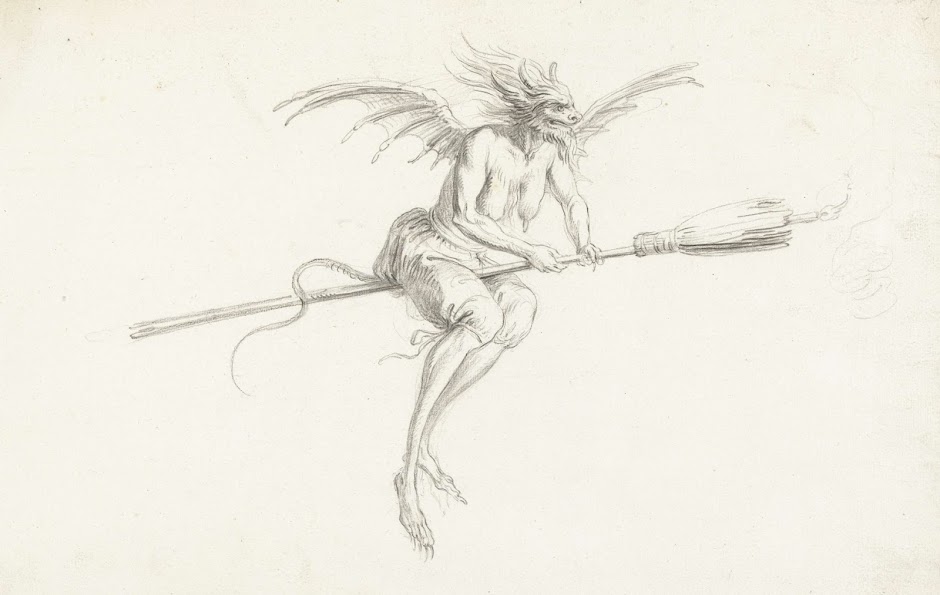 This is no ordinary witch. She’s downright demonic, complete with a tail, wings and beard. She even has a flaming candle attached to her broomstick. Cornelis Saftleven is known to have produced a number of grisly figure studies like this one for spooky scenes. 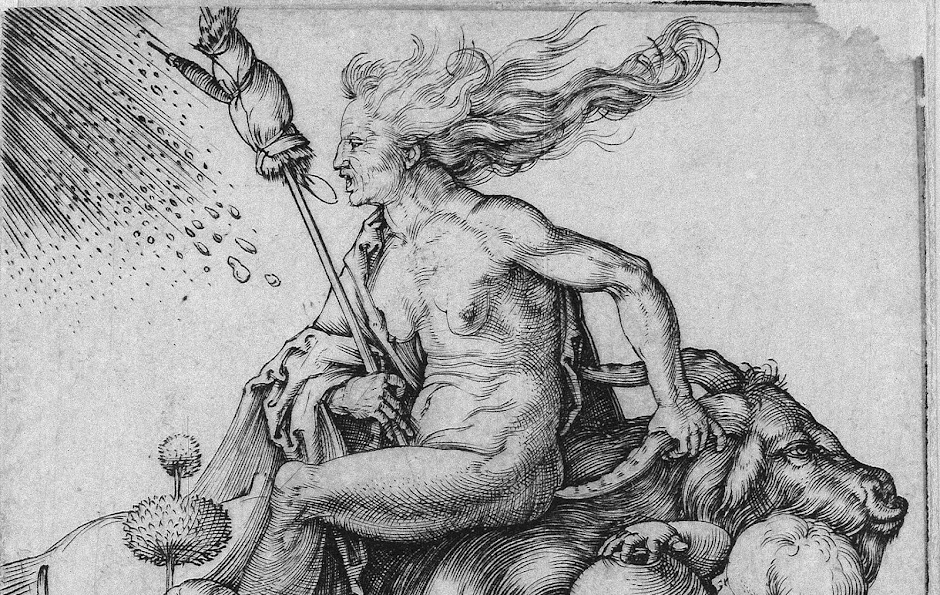 In art, witches seem to be constantly on the go. In the case of this image by Albrecht Dürer – which served as a model for Veneziano’s print (no. 1) – the witch is using a goat and four putti to get around. What kind of witch haunts your nightmares? 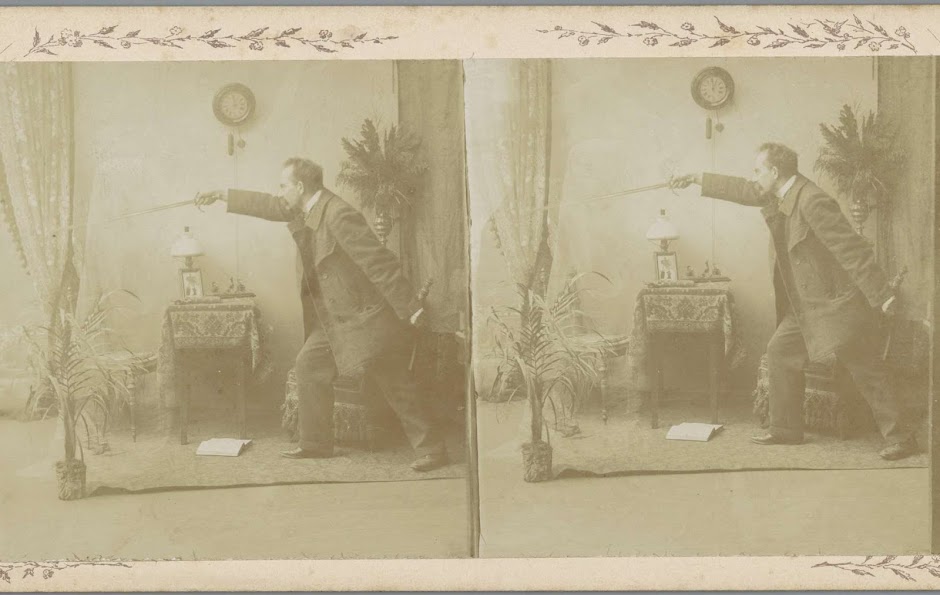 In the Rijksmuseum collection you’ll find not only witches, but ghosts as well. This photograph shows a man who has courageously drawn his dagger to fend off an invisible ghost. 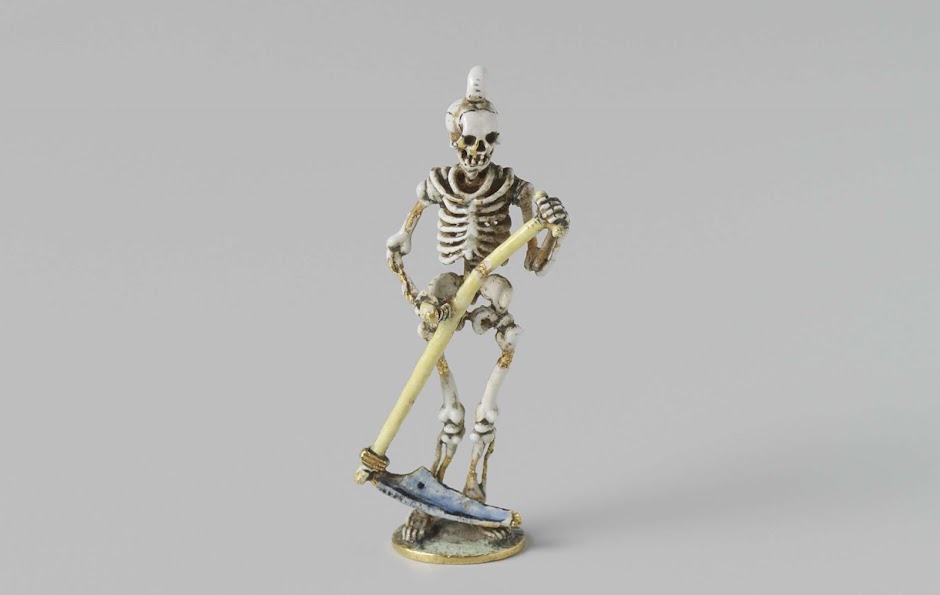 At Halloween we spotlight not only ghosts, demons and witches, but also personifications of death. For the person who wore this pendant, it served as a constant reminder of their own mortality. 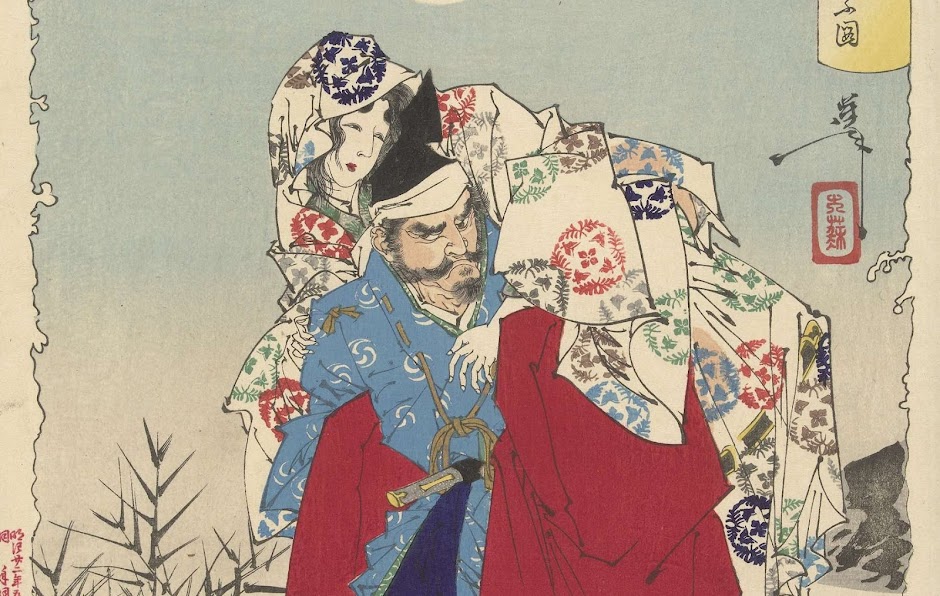 Appearances can be deceiving. Here, Omori Hikoshichi thinks he’s carrying a beautiful lady, but the reflection cast by the moonlight on the water reveals her true nature: a horrific horned demon. Poor soul… 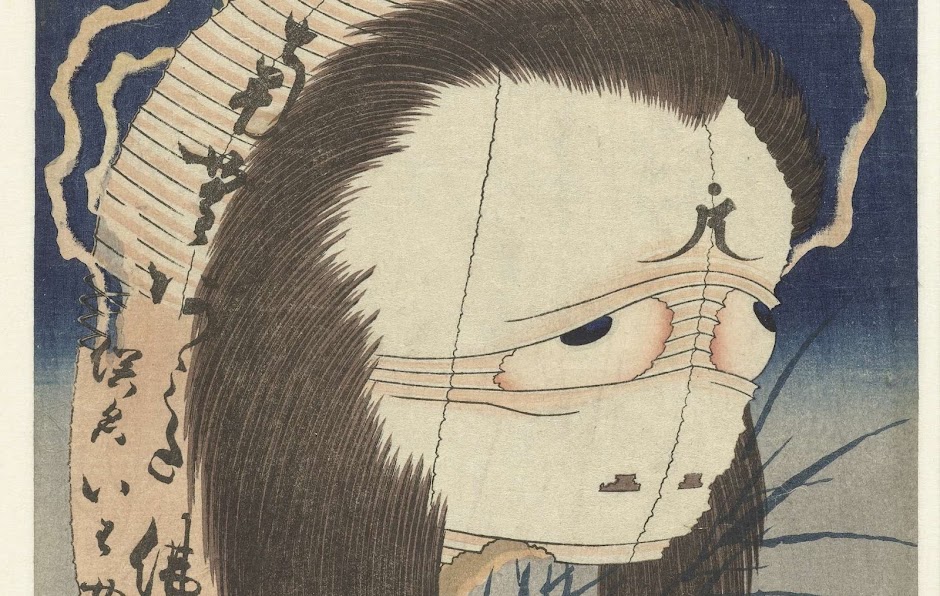 Ghost stories are ever-popular in Japan. Oiwa is a sad ghost, and if you know her story, it’s obvious why. Her husband falls in love with another woman, and in the ensuing drama Oiwa’s face is disfigured by poison. Her revenge is to commit suicide and haunt her husband.

10. Tableau of human and gorilla skeletons seated at a table, by Carl Huth (1878) 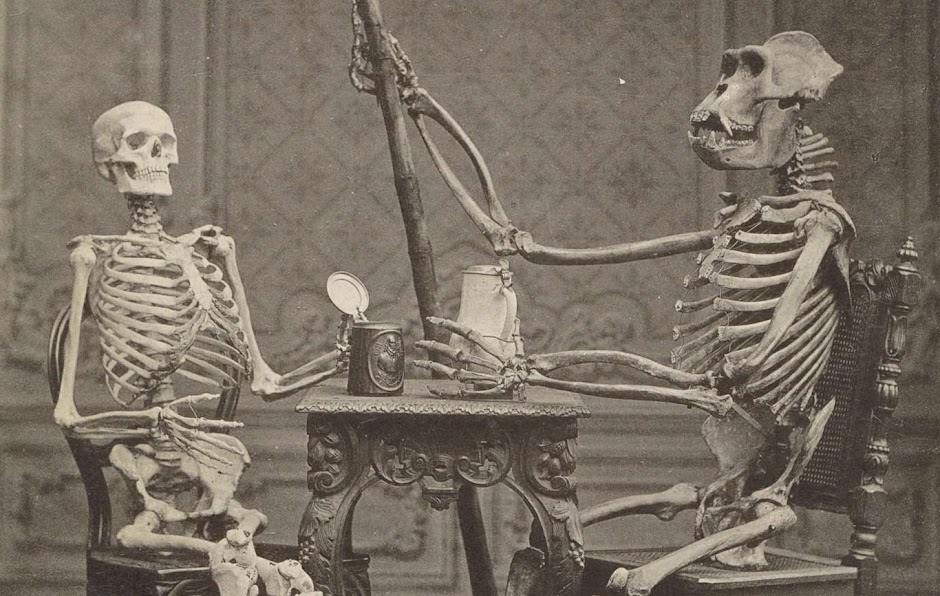 Why did Carl Huth photograph this odd and rather macabre scene? In the late nineteenth century, Darwin’s theory of evolution was being hotly debated, inspiring many cartoons, photographs and drawings. Carl Huth shows this human and gorilla as the best of friends, enjoying a pint together. Cheers!